I am having extreme trouble writing this Vale for Gary Brown, as he was a very close personal and philatelic friend.  I met him for the first time in 2003 when I was the Western Australian delegate to the Australian Philatelic Federation.  Gary encouraged me to be involved with organised philately at the highest level.  He encouraged and mentored me in organised philately and international philatelic judging over the following 16 years. 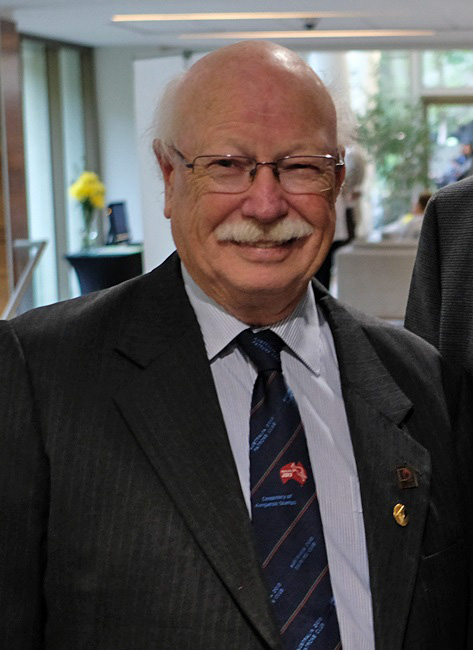 Gary conducted judges’ training courses both nationally and internationally, was a mentor for many and was always very happy to share his philatelic knowledge.  He was a wonderful organiser with an unending capacity for good ideas and hard work.

He was an Honorary Member of the Federation of Inter-Asian Philately (FIAP) Executive and a Chairman of the FIP philatelic literature commission.  Before that he served on the Traditional philatelic commission as its secretary.

Gary Brown was a world famous collector of Aden, Natal, South African revenues, and cricket stamps, plus many other subjects, winning international large gold medals plus a Grand Award at a FIAP show.  Gary was both a FIAP and FIP world accredited philatelic judge.  He was a past president of the Royal Philatelic Society of Victoria and served on the Australian Philatelic Federation for nearly 2 decades.

Despite his slightly short stature, about which we often used to joke, he was definitely a giant of philately.

More important than his philatelic achievements however, was the character of the man.  He was always friendly, good humoured, honest, helpful and great company to be with.  Despite the incredible tragedy of losing five members of his family in the terrible Black Saturday bushfires nine years ago, Gary continued to make a massive contribution in all areas of his public and private life.

He was a dedicated family man, a great supporter of charity, a passionate follower of the Essendon Football Club, a lifelong square dancer, a keen and extensive world traveller.  He was also an accomplished businessman as owner of the world famous Australian sporting goods manufacturer “Platypus”, which makes the iconic cricket ball.

Gary is survived by his wife Robyn and his daughters Melanie and Leanne.  His son Adrian died in the Black Saturday bushfires in 2010.

Gary we are all going to miss you greatly and all the fun we’ve had together.  You are leaving an enormous gap in many lives and in the world philatelic community.